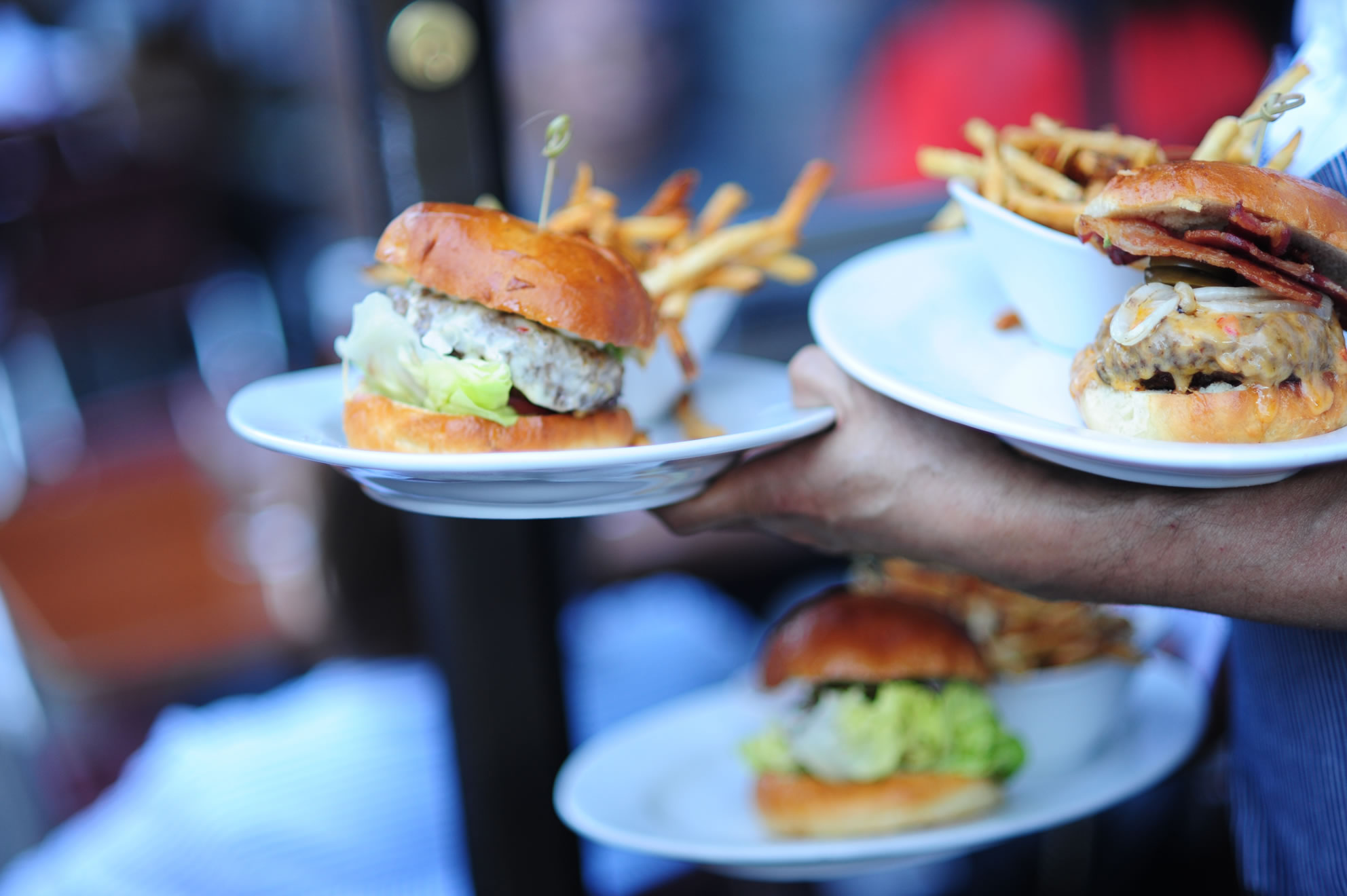 Devoted theatergoers and musical lovers at the new Midtown West luxury rentals at 555TEN have no doubt been beckoned by the lights and siren sounds of Broadway, as some of the most storied theatres in the world are just a few blocks away. And with Hell’s Kitchen’s array of dining options an easy meander from your apartment, grabbing a companion for a post- or pre-show dinner or drink couldn’t be easier. Here are three of our favorite destinations, sure to complement any drama, musical, or comedy:

Few restaurants in New York City rival Barbetta’s historical charm. Founded in 1906 by the Maioglio family, Barbetta is the oldest Italian restaurant in the city. It also lays claim to a number of “firsts”—most notably, as the first restaurant, in 1911, to own its own espresso machine. Inside, the wood-paneled bar area and ornate dining room immediately whisk you away to the grand old days of Broadway, where patrons in top hat and tails, or a floor-length gown and fur, might be spotted during an evening of highballs and witty society repartee. But the true gem is the garden, a Midtown oasis where breezes carry the scents of oleander and jasmine through century-old trees. The setting is ideal for savoring old-school Italian foods of the Piemonte tradition, paired with a bold red from the excellent wine list.

While The Lambs Club’s name pays homage to the 148-year-old social club for actors, songwriters, and literati that once occupied the landmarked space, its fare is decidedly contemporary. Chef Geoffrey Zakarian is known for innovative twists on beloved dishes, like the New York strip steak au poivre with bone marrow, thyme potato mousseline, and green peppercorn bordelaise. Diners can sample the kitchen’s best offerings from the pre-theater menu, but not to be missed is the autumn mushroom soup and the New York-style cheesecake with Buzzard Crest Vineyards grapes, molasses crumble, and Concord grape sorbet. And don’t forget the wine: The Lambs Club’s wine list has been dubbed one of the nation’s best by Wine Spectator.

For classic, fail-proof fare, give this unpretentious Broadway favorite a try. For over five decades, eponymous owner Joe Allen has served good food made well—an understated philosophy reflected in the restaurant’s nearly invisible façade. Still, there’s more glamour here than Joe, an old-style restaurateur who still lives over the joint, lets on. While the walls are covered in posters of some of Broadway’s greatest flops (no hit shows ever make the cut), the restaurant and bar are a frequent haunt among A-list celebrities. If you find the restaurant packed after an opening night performance, try Orso and Bar Centrale next door, also owned by Allen. Orso features a selection of classic Italian pizzas and pastas, while Bar Centrale offers an eclectic mix that ranges from oysters and tuna rolls to Argentinian empanadas.