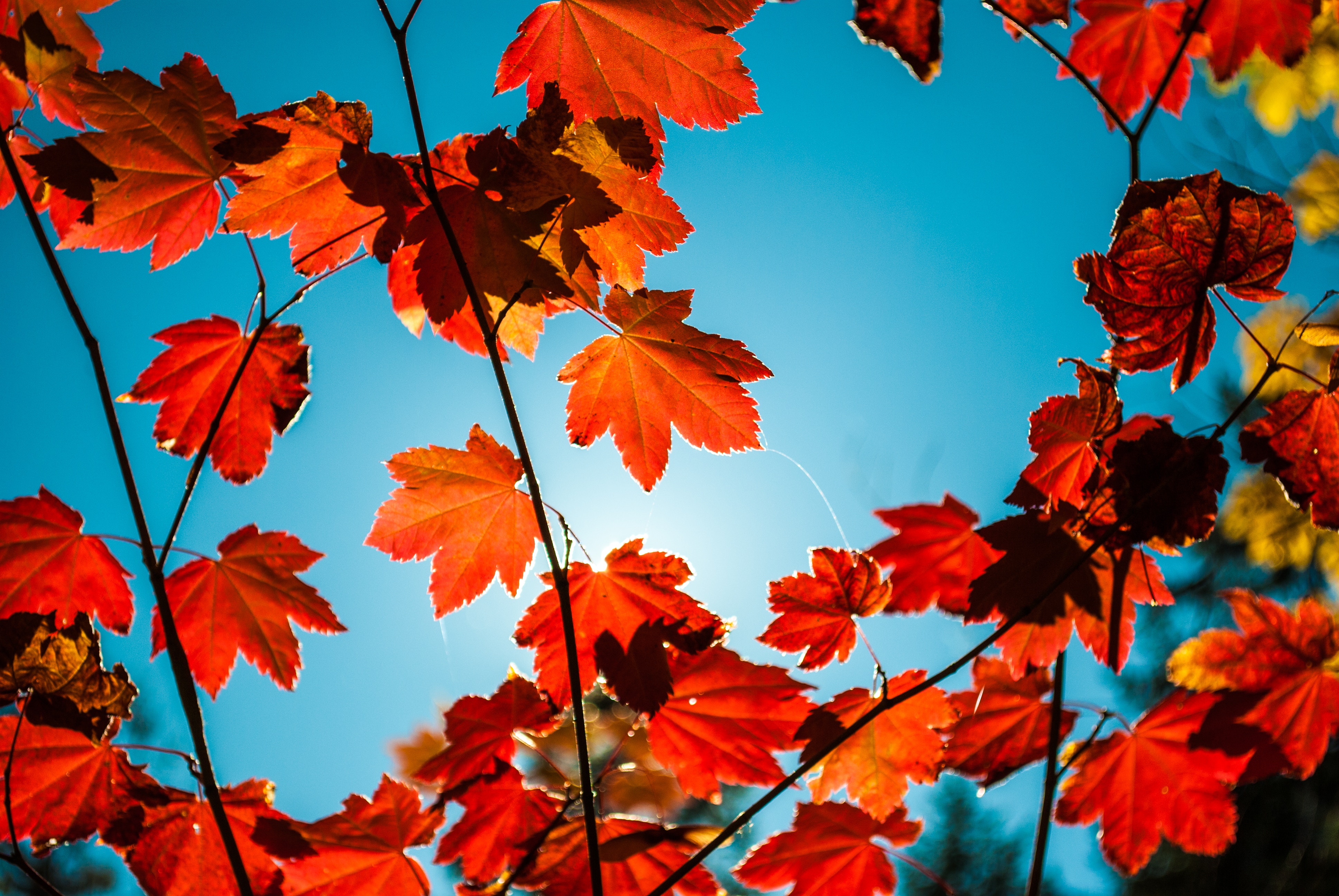 Temps in the 80s are a thing of the past — until next year — and the city is ready for one of its favorite seasons. Some call it “pumpkin season,” while others rejoice in “sweater weather,” but with crisp, cool air swirling up the avenues, it’s indubitably fall in New York City. The break in the heat mixed with the excitement of fall festivities means that residents are ready to paint the town, well, orange, of course. Grab a cup of hot cocoa and watch the leaves change from verdant green to a riot of autumnal hues around the city and across the Hudson from the vantage point of your well-appointed home at the 555TEN luxury rentals. Break out the Le Creuset and cook yourself a savory cold-weather coq au vin. Or, have a glass of red wine in the luxe kitchen of your Midtown West apartment and head out to experience the season’s best offerings.

What goes better with a chunky knit sweater than pumpkin-spiced anything? Yes, we know we’ve hit Peak Pumpkin Spice, but there’s nothing like indulging in a warm mug of the best chai tea you’ve ever tasted, tingling your palate with notes of cinnamon and ginger. And there’s no better place to get your PS fix than Hell’s Kitchen’s foremost coffee lounge — Kahve. Just a short walk from 555TEN, this has been the destination for coffee connoisseurs and tea devotees since 2011. A sleek, modern space, it’s the perfect spot to meet with friends, people watch, or grab a chai to-go before you take a refreshing morning walk down the Hudson.

Hell’s Kitchen might be the must-live-in location of the moment, but it has some skeletons in its closet — or should we say, ghosts. With old-time taverns and landmarks of yesteryear, the neighborhood has a storied past, and some of those stories are a little spooky. Take advantage of this time of year and stroll along with a lantern-lit walking ghost tour of the neighborhood. Whether you believe in ghosts or not, it’s an excellent opportunity to learn about the history of your area — even if that history includes the “Gangland Killings” and four haunted sites.

There’s a local legend that Washington Irving, author of “The Legend of Sleepy Hollow,” lived downtown around Union Square. While this myth may be as headless as the horseman he wrote about, it’s undeniable that Irving popularized jack-o’-lanterns as the preeminent symbol of the Halloween season. Experience these specters of the season in a fun and cinematic way. On Oct. 28 at the Harlem Meer, watch a fleet of illuminated pumpkins take to the water for a crepuscular cruise across the pond. Make the event special for your whole family by carving up one of the orange gourds yourself and entering it to be a part of the flotilla. Watching these homemade works of art glide across the water is nothing short of spectacular.

Outside of the Macy’s Thanksgiving Day Parade, the Halloween Parade is one of NYC’s most prominent fall affairs. Take a quick cab downtown and prepare to be shocked, not from fear but in amazement of people’s creativity. This year’s theme is “I Am a Robot,” so expect a lot of riffs on androids. But if the past is prologue, you’ll see all of the ghouls, goblins, and witches one would expect from the country’s biggest Halloween celebration. Trick or treat in any way you see fit and join the parade — as long as you’re in costume. 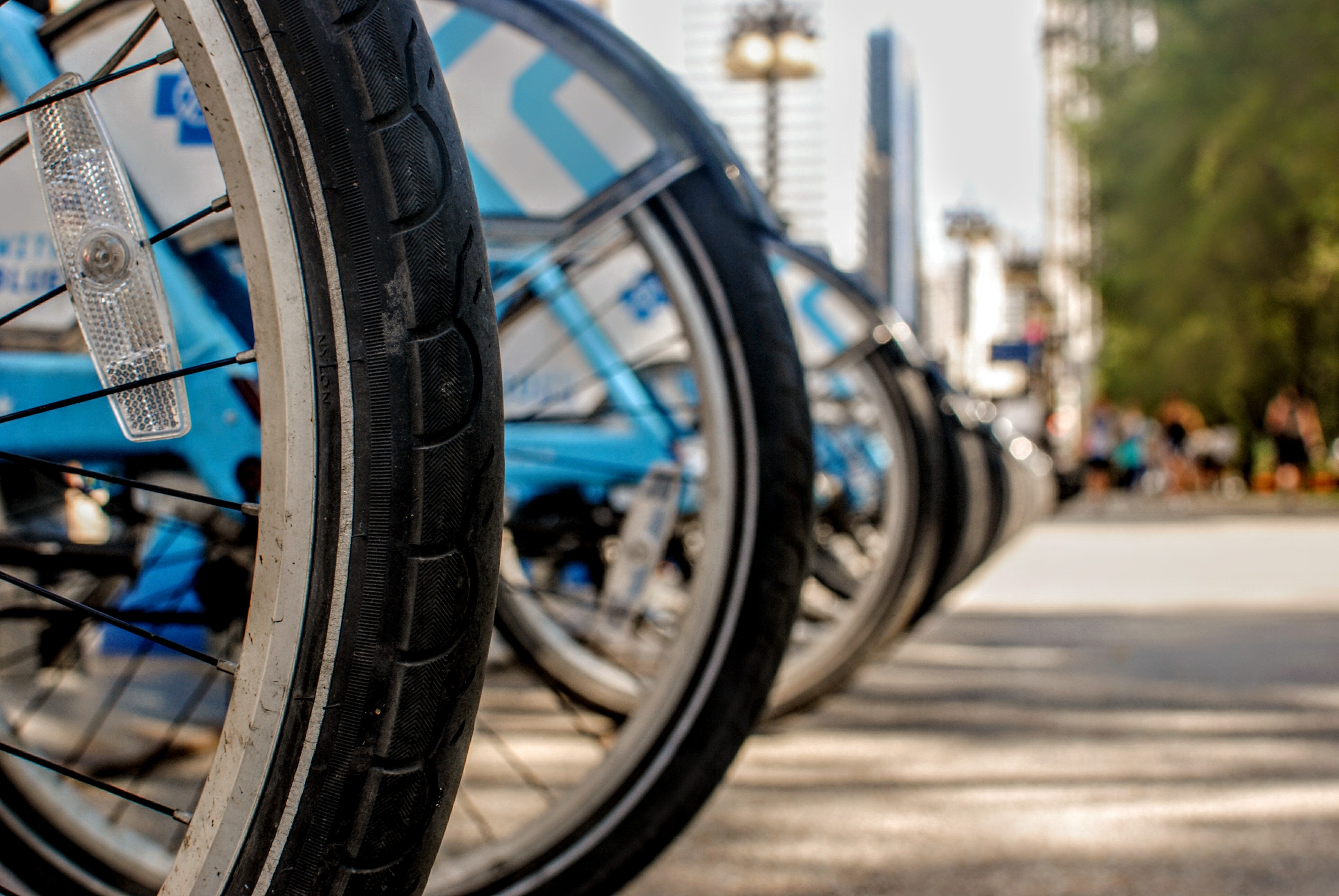 Bike Around the City

Everyone knows that New Yorkers are always on the move. And there are plenty of ways to get around the city, from riding the subway to gliding the ferries. But one way to travel is growing in popularity thanks to its convenience and enjoyability. If you want to get from your Midtown West apartment to your meeting Downtown quickly — and completely stress free — cycling is the best way to go. Residents of the 555TEN luxury rentals will find it easier than ever to explore the city on two wheels. Not only do these no-fee rentals provide access to in-house amenities that would please any cyclist, they’re also located in close proximity to some of the best bike trails, shops, and rentals in the city.

Whether you favor a casual weekend ride or find yourself using your bike every day, 555TEN has you covered. There is storage for your ride and a full-service bike station to tend to your beloved two-wheeler’s needs, so you’ll never find yourself dealing with a flat tire right before your epic ride up the Hudson. With several dedicated bike lanes in Hell’s Kitchen, it’s hard to find a reason not to take your bike to that brunch date.

However, some days call for a longer ride. The Hudson River Greenway features 11 miles of beautiful, well-kept trails. Riding along the river in the fall is the best way to take in the changing leaves, as well as some of the city’s most memorable sights, including Riverside Park and the historic Little Red Lighthouse. This dedicated bike-only “highway” stretches from The Battery up to the George Washington Bridge. But riders wanting to cover even greater distances will eventually find themselves able to access upstate New York on the Empire State Trail, and the coastline by following parts of the East Coast Greenway.

But you don’t have to travel upstate for an epic bike ride. Central Park has three long-distance routes to explore, ranging from six miles and up. With carefree weekends, holidays, and select hours during the week, riders can set their own pace for exploring the many sights of this incredible park, including Belvedere Castle, the Harlem Meer, and Strawberry Fields. Just make sure you keep your late-night riding to a minimum, as the park is closed from 1 a.m. to 6 a.m.

All that riding can be hard on a bike, but if you find yourself in need of a replacement, or just a new basket and bell, you can pedal over to Danny’s Cycles or Enoch’s Bikes, both on 10th Avenue, just blocks from 555TEN. Both shops are great for renting or repairs, or for purchasing a new cycle. But if you’re feeling a bit less committed, there are five Citi Bike stations just blocks away from your luxury rental. Whether you’ve been training for the Tour de France or simply nurturing biking aspirations since that time you got stuck on the subway for two hours while commuting to the East Side, 555TEN is the perfect home for those chasing their two-wheeled dreams. There has never been a better time (or place) for cyclists.