The Yorkie’s Dominance: We Analyzed Every Dog Registration in New York

The pet-friendly amenities at the Extell-developed Midtown rentals at 555TEN are making a major impression on dog owners and their four-legged friends. The luxury tower has partnered with Throw Me A Bone to provide grooming, pet-sitting, and veterinary services to 555TEN residents. Better yet, for those days when the weather makes a trip to the park unpleasant, if not impossible, there’s a covered dog run on the building’s 12th floor where residents’ canine companions can get plenty of exercise. 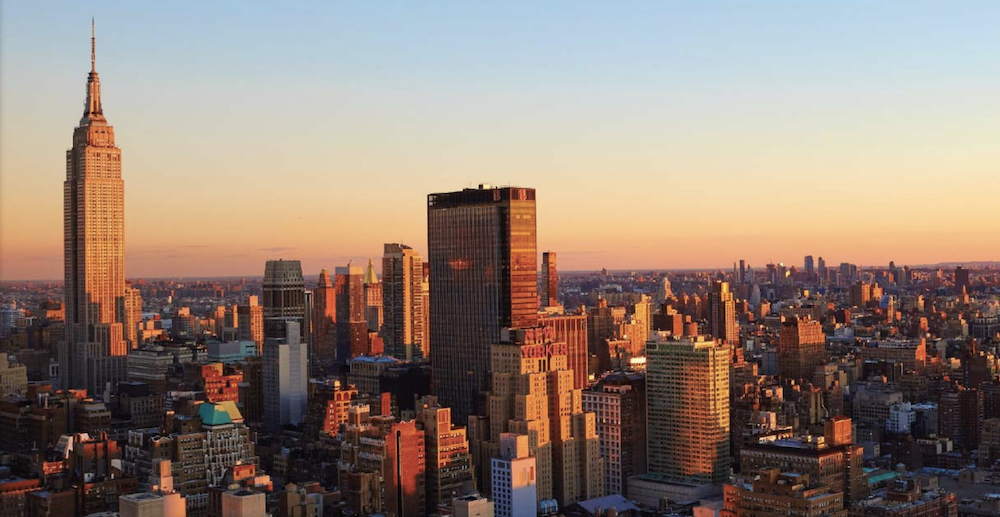 It’s no secret that Chelsea and Midtown West have one of the best combinations of cutting-edge art and urban nature in the world. The hottest international art centers right now happen to be steps away from—or literally overlook—the Hudson River and some of the most gorgeous urban sunsets on the East Coast.

This is a place where nature and imagination nurture each other. The High Line which also is now a part of Hudson Yards, is the perfect example of this quintessentially New York phenomenon. It’s a gateway to Chelsea and the West Village and a place to take in an early winter sunset after a day of gallery hopping. It’s one of several urban spaces, both indoors and out, where you can watch the sunset and then transition seamlessly into some of the best dining and nightlife New York has to offer.

Take a walk along the High Line from your apartment at 555TEN. Stroll through innovative urban landscaping and a steady stream of fashionistas while taking in the sunset as it glints over the river and the rooftops. At the southern end of the High Line is the Whitney, where you can see Toyin Ojih Odutola’s exhibit To Wander Determined through February 25th; afterwards grab a table for an early dinner at Untitled, the museum restaurant, where you can feast on seasonal cuisine while catching the last embers of the setting sun through the giant windows of the Renzo Piano-designed building. The Top of the Standard, “close to the pinnacle of the nightlife world” according to Zagat is also a hot spot (with a stellar view of the sun going down over the city) that is easily accessed from the High Line. Come early for the purple, pink, and golden skies warming the snow-dusted water of the Hudson and stay late for the party.

While a view of the sunset can be the opening act of a night on the town, it can also be a relaxing way to wind down after work any day of the week. The beauty of living at 555TEN is that spectacular sunsets over the river and the skyline are a part of your walking or jogging routine along the Hudson River Park. Any day of the week, you can stroll down to Pier 84, the biggest pier now open to the public, and watch the sunset with water views in three directions. The abundance of the sky and the energy of the city, makes your home at 555TEN that much more cozy to come home to.