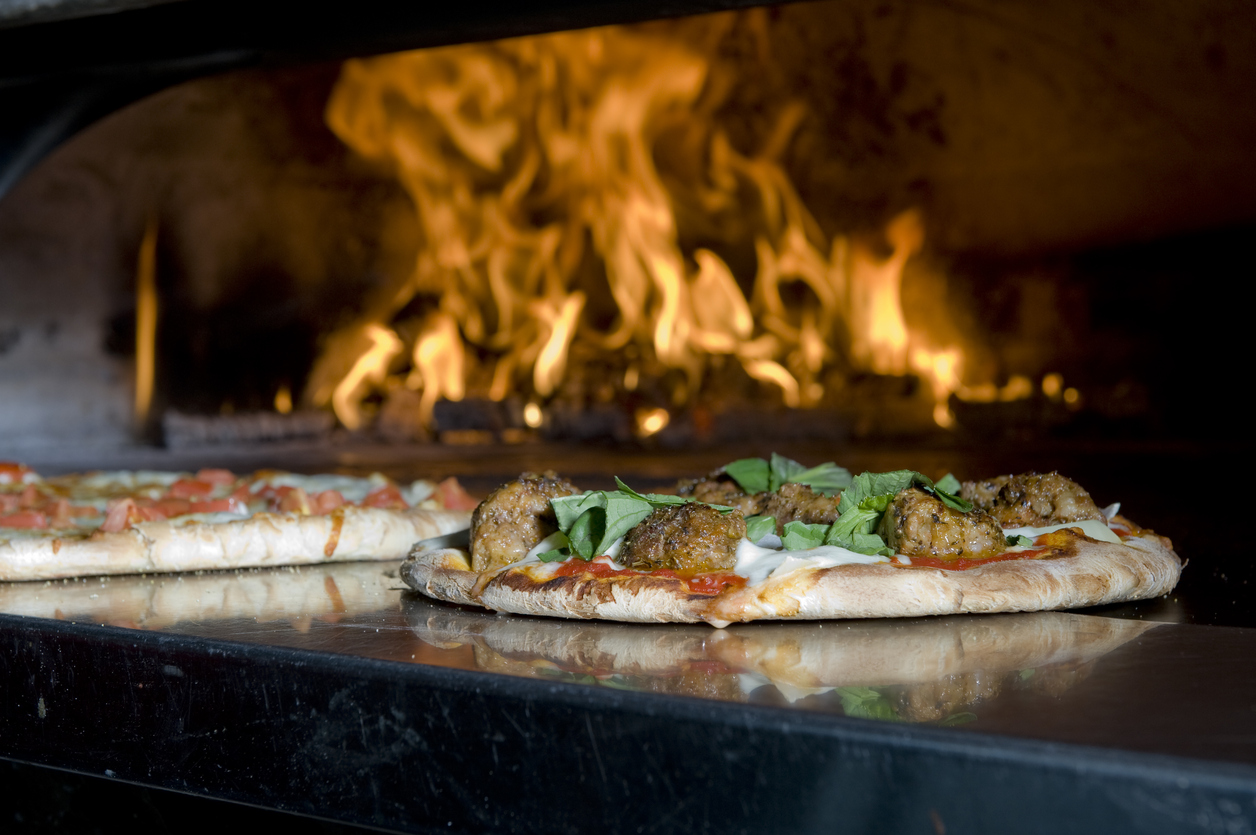 Though Midtown West is renowned for its Michelin-starred restaurants and cocktail bars, sometimes all you want is a simple (or at least artisanal or wood-fired) pizza. Fortunately, the 555TEN luxury rentals are just a short walk from three of the best pie shops in NYC. Here’s where to grab a slice of the action.

La Vela Dining & Bar |558 11th Avenue
Owner Antonio Mauro, a native of Naples, and his chef serve up all the classics with an authentic Southern Italian pedigree—from lasagna with lashings of bechamel sauce to profiteroles stuffed with fresh cream and glossed with molten chocolate. You can also whet your appetite with the likes of baked clams in Italian breadcrumbs. But their most popular dish, naturally, is their brick-oven pizza. Keep it simple with a Margherita or indulge with the Carretiera topped with sausage and broccoli rabe.

Capizzi |547 9th Avenue
If the wood-fired ovens, homey atmosphere, and tables laden with antipasti don’t tell you you’re in Italian heaven, surely the rich aroma of Capizzi’s pizzas will. Taking a leaf out of his “Nonna’s” (cook)book, Joseph Calcagno has created one of the finest family-owned Italian restaurants in Manhattan, just down the road from the 555TEN rentals. Napolitano pizzas are loaded with combos like hot Italian sausage and fennel, or asparagus, truffle oil, and roasted pine nuts. And the wood used to lend that oaky, hickory-smoked taste to the pizzas? That’s imported from Italy every week. You should try to save room for tiramisu, but we won’t blame you if you can’t.

Kiabacca Bar |639 10th Avenue
Turns out “kiabacca” has quite a few meanings, but the one we’re running with is “a positive feeling that someone or something gives you.” The Kiabacca Red Sangria or Spicy Manhattan will get you off to a good start before the specialty pizzas come into play. The house-made crushed tomato sauce gives these pies their trademark juiciness—we’d suggest a Return of the Big Mike with soppressata, cherry peppers, and roasted garlic & caramelized onion jam. Or go topical and tuck into a Hamilton pie—the shrimp and andouille sausage are enough to make anyone burst into song. 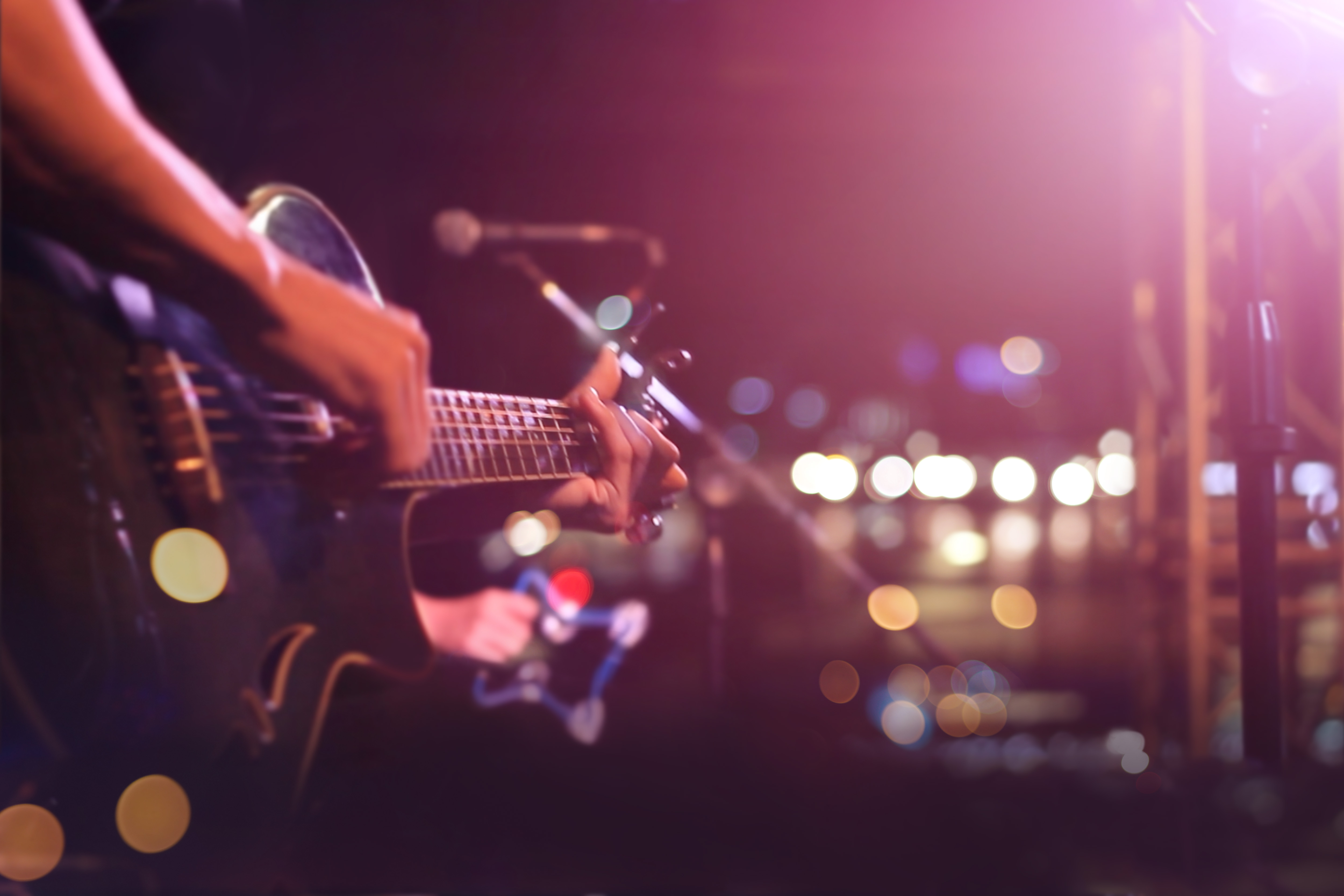 There’s always something new to experience around the 555TEN luxury rentals. Midtown West is home to some of New York City’s most vaunted restaurants like Esca and VYNL, the buzz of Broadway’s epic theater, and the ultimate urban oasis of the Hudson River Park. And, of course, there’s Hell’s Kitchen’s thriving live-music scene, which will really make your ears perk up. From dancing to bossa nova beats, to catching up with your favorite band or singing a ballad or two yourself, there’s something for every music lover in the neighborhood.

The name “Don’t Tell Mama” comes from the title of a song from the Broadway classic Cabaret, which is appropriate, as it’s one of the city’s most popular spots to catch a cabaret performance. Since 1982, theater lovers have flocked to this charming “multiplex” after their Broadway shows let out. Equal parts sophisticated and camp, with a restaurant, piano bar, and two cabaret spaces, it’s a hub of hums and high notes as sung by Broadway stars and yet-to-be-discovered unknowns. Sing along to “Send in the Clowns” as you dine on their prix-fixe menu or channel your inner Ethel Merman and give your favorite show tune a whirl at the piano bar. It will be a night you’ll want to tell everyone, including “mama,” about.

Back in the heyday of the late-90s/early-aughts club scene, the 40,000-square-foot Terminal 5 was one of the two biggest nightclubs in New York City. Now it’s home to a music venue that’s beloved by artists and their fans. Terminal 5 schedules an eclectic roster of artists like the rock legend Chrissie Hynde-fronted Pretenders, rap superstar Gucci Mane, and alt-darling Bonobo. With a 3,000-person capacity, it’s one of the largest music spaces in Hell’s Kitchen. And if you want to escape the crowd pre- or post-show, you can have a drink on their roof deck.

Hear live music every night of the week while you dine on a juicy filet mignon, snack on their garlicky PEI mussels, or sip a smoky chardonnay at the bar at this joint on red-hot Restaurant Row. Professionals and amateurs alike burn off those extra calories on the dance floor where no one is judging your skills. But if you do need to get into the “swing” of things, this establishment offers a half-hour dance lesson nightly at 9 pm. Whether you want to get up and dance or just snap your fingers to the sounds of the George Gee Orchestra, David Berger & the Sultans of Swing, or Swingadelic, this supper club is for swing kids of all ages.